Israeli entrepreneur and investor Erel Margalit is wrapping up yet another fruitful year in 2021.

The founder and executive chairman of Jerusalem Venture Partners (JVP), one of the oldest and most established venture capital companies in Israel with 160 portfolio firms, launched two innovation hubs — a food tech center in the Galilee and a digital health center in Haifa just this week — and is in advanced talks to bring his distinct innovation model, Startup City, to Paris and Dubai.

The format rests on the idea of connecting prominent tech and business players with social and cultural entrepreneurship, while drawing on local talents in a given city with the support of municipal or national governments. The model creates public-private partnerships for regional, tech-driven ecosystems and is based on a vision conceived by the nonprofit organization Israel Initiative 2020 (ii2020), set up by Margalit in 2013, to launch “centers of excellence” that aim to attract young professionals and families, raise the standards of living, and reduce socioeconomic gaps.

Margalit, a former MK with the Labor party (2015-2017), brings a strong social component to entrepreneurship and investing. In 2002, he established Bakehila (“In the Community” in Hebrew), a community organization for disadvantaged youth in Jerusalem that served as a precursor to ii2020 and shaped the belief that regional development stems from strengthening community support and empowering people from a young age toward social entrepreneurship. He later set up a tech incubator in the city that became the Margalit Startup City Jerusalem, which hosts a number of Israeli startups, multinational companies, an investment center and research and development centers on a 50,000 square meter campus in the center of the capital.

This week, Margalit inaugurated a new innovation accelerator, focused on digital health, in Haifa together with the Israel Innovation Authority, chip multinational Nvidia, Dutch medical equipment conglomerate Philips and Israeli HMO Clalit, among others. Called the Startup City Haifa – Digital Health Accelerator, it will host eight startups that will work with regional hospitals, international corporations, and universities including the Technion to develop innovative medical and healthcare technologies.

He said the center will position Israel as an international hub for food tech and create thousands of jobs in the area over the next few years while addressing growing concerns over global warming, threats to food supplies like droughts, and the planet’s limited resources. Strategic partners for Margalit Startup City Galil include Cisco, Deloitte, the Tel Hai Academic College, and the Migal Research Institute, the Israeli Science and Technology Ministry’s regional R&D center in the Galilee region.

“Food tech is the next cyber[security], and I believe Israel is on its way to becoming a superpower in the field,” Margalit said in September.

The Haifa and Kiryat Shmona locations join innovation hubs in Beersheba and New York, both specifically focused on cybersecurity, a central area of investment for JVP with 16 cyber portfolio companies.

With his sights now set on Paris, Dubai and other cities in Israel and abroad, Margalit said cities and municipalities have a key role to play in fostering lasting tech and business ecosystems.

“The narrative of cities depends on technology and innovation, and if they don’t have a way to attract a younger, creative generation, they are lost,” Margalit told The Times of Israel last week in an interview at the upcoming Margalit Startup City Tel Aviv. 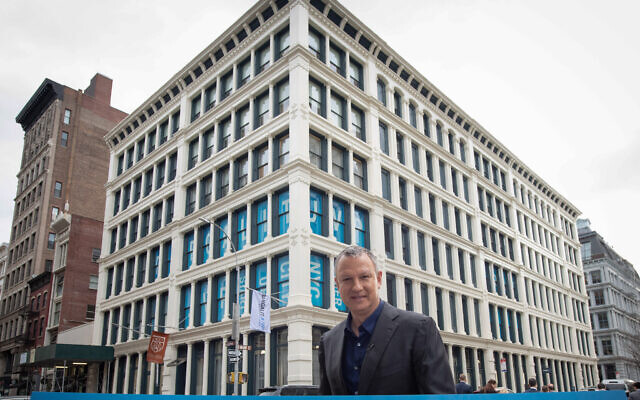 Cities need additional dimensions such as “social impact and business together,” and 2021 “was a year of celebrating that,” he said.

Israeli companies are “finally realizing that they don’t have to be just the genius kid, they can be the international market leader, and they can transition to not only product development and innovation but also building sales and marketing operations, and identity and leadership. Telling a big story, taking a stand,” Margalit said.

JVP, he said, has traditionally taken a long-term approach toward nurturing startups to become bigger companies, pointing to its portfolio outfits like CyberArk and Qlik Technologies that went public at billion-dollar valuations.

At the same time, the industry needs to think more broadly about diversity and inclusion, where real social impact can occur.

“It’s not just 8200 who are going to be the leaders of the next generation of the [Israeli] high-tech industry,” he said in reference to the elite IDF intel unit, whose members are highly sought out in the tech sector after their military service.

The same concept applies to doctors, writers, content creators, agriculture and food experts, and professionals in various fields who “bring in different faculties of thought into the high-tech industry.”

“And this is where high-tech meets cities. Because the next challenge for the Israeli high-tech [sector] and high-tech in general in the next 5-10 years is inclusion. It can’t continue to be elitist. It’s great to have outstanding leaders and engineers and inventors, but when you create a large company, you create other faculties — product support, marketing, and other creative energies.”

Israel is “not just a technology hub in the world, we’re a creative hub.” 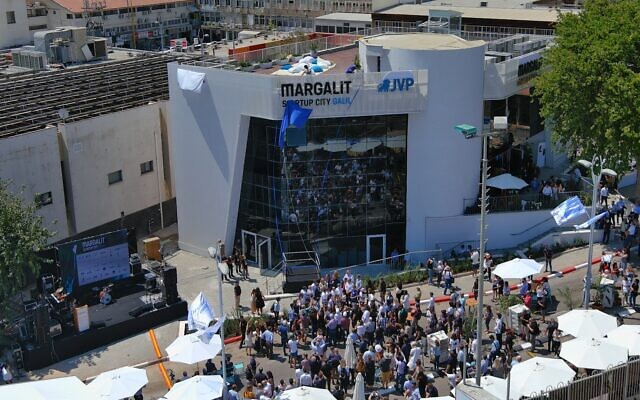 Israel’s tech industry not only suffers from an acute shortage of talent, it also lacks diversity: Ultra-Orthodox workers make up just 3% of the tech workforce; Arab-Israelis account for 2%; the rate of employment for women in the tech industry is about 30% with just 18% in tech management roles and 9% in CEO positions. According to a report earlier this year by Start-Up Nation Central, about 4.5 percent of Israeli tech companies were founded by a women-only team, compared to 84.5 percent of companies founded by male-only teams.

A lot of people in the Israeli tech industry, as well as the political echelon, “have very good intentions and would love to support inclusion, but don’t know how,” said Margalit.

One of the ideas behind the Startup City model is to tap into local, inclusive talent pools, he explained. “You need to really listen to a region, to a city, to understand it and figure out its strengths.”

If Israel wants to lead in certain sectors in the next few years, “it can’t do it only from Tel Aviv.”

Startup City Galil, for example, taps into the agricultural and food talents in Kiryat Shmona, the 22 surrounding kibbutzim, and Druze and Arab villages “and allow all this energy to be a multi-dimensional center of excellence. Then you have something outstanding.”

A bet on food tech

Margalit said food tech, as a component of climate tech, “is going to be a big theme” for JVP.

“We will need to change the way we eat and the way we do our agriculture if we are going to survive. So it’s existential, it’s timely, and it’s interesting,” he said. Unlike cybersecurity, which can seem opaque to those not in the field, food tech “is real, it’s about people’s lives and culture.” 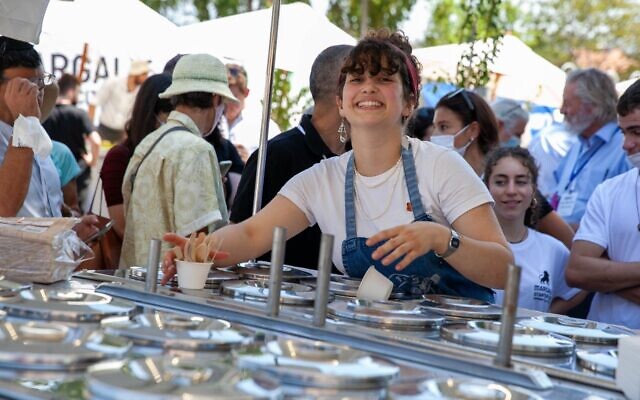 “Culture and food are parts of people’s identity. When we make some of these changes, we allow younger generations to come up with new ideas… on how they participate. [Food tech] was not something that people thought about as a high-tech category for many years. And that’s where it becomes interesting for us,” he said.

Israel may have a number of food tech unicorns in the coming years, Margalit said.

Start-Ups Flock to WeWork, Trellis and Other Low-Commitment Spaces