reports fiscal fourth-quarter earnings Thursday after the close of trading. If history is any guide, the stock price will fall.

That is what always seems to happen when

reports quarterly numbers, but there are added risks this time. Investors will be worrying about higher pay for workers and slowing earnings growth.

Shares have fallen nine of the past 12 quarters Costco has reported, but that isn’t to say the stock (ticker: COST) stock is a poor performer. Shares are up 20% year to date and 35% over the past year. The

The stock’s success is actually one reason for the post-earnings drops. Traders—and investors—tend to take profits after news comes out.

Oppenheimer analyst Rupesh Parikh believes that dynamic could play out again. We see limited earnings upside, wrote the analyst in a preview report. In addition, following the recent outperformance, we believe the robust and accelerating comp trends reported in recent months are now reflected in shares.

The average post-earnings move, up or down, isn’t huge, at about 2.4%. Options markets imply a 3% move Thursday. In other words, the stock should be about as volatile as it is in any other reporting period.

Wall Street is looking for $3.58 in per-share earnings from $61.4 billion in sales. A year ago, Costco earned $3.51 a share from $53.4 billion in sales. Earnings are expected to grow about 2% relative to the quarter ended in August 2020. That is far below the year-over year growth of 28% Costco has averaged over the past four quarters.

The end to Covid-related lockdowns and the frenetic shopping they brought is weighing on growth. The growth outlook is a key point to watch, according to UBS analyst Michael Lasser.

Yes [Costco] saw elevated membership growth during the pandemic, wrote Lasser in a preview report. Still, he believes membership renewal rates, an important driver of overall sales growth, will be better than average in coming quarters. We continue to believe [Costco] can ‘comp the comp’ going forward.

Comps, or comparable year-over-year sales growth are a key metric in retailing,

Lasser rates shares Buy and has a $505 price target for the stock.

Lasser and Parikh aren’t alone in their bullish views. Costco remains a Street favorite. About 66% of analysts covering the stock rate shares Buy, while the average Buy-rating ratio for stocks in the S&P and


Dow Jones Industrial Average
is a little more than 55%. The average analyst price target for Costco shares is about $458.

Management has scheduled a conference call for 5 p.m. Eastern time to discuss the results. 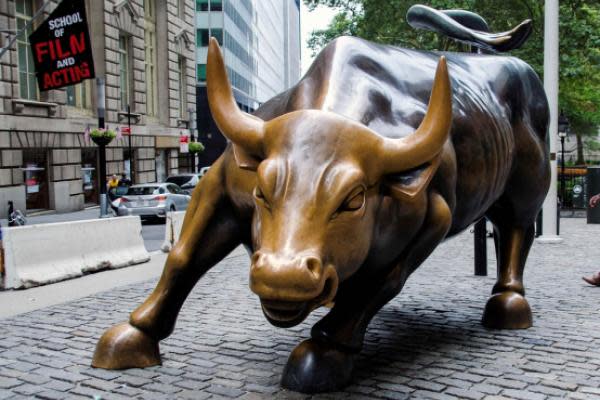