All Jonathan Bell wanted was to work.

In early 2020, he applied for a total of 17 jobs at local fast food restaurants. The COVID-19 pandemic had just hit the Ozarks but he hoped some manager would take a chance on an eager 16-year-old.

“I got turned down by every single one of them,” he said.

Bell, now a senior at Parkview High School, decided if no one would hire him, he’d hire himself.

“I was like, you know what, maybe it’s not meant to be,” said Bell, now 17. “That’s when I formed my business plan, did a little more research about the business model I wanted to get myself into, which was a consultant and project-based business.”

“I’ve always had an entrepreneurial spirit,” he said.

He was motivated to use skills he’d honed to help increase profits for small businesses that struggled during the COVID-19 pandemic.

He said the start was slow but he ended up making more money in 2020 than he would have at a fast food job. He invested the money back into the business and has nearly doubled profits this year.

“I’ve worked with 14 small businesses in this area, two or three in Chicago,” he said, of the city where he still has family. “I’ve also worked with a lot of marketing agencies that pass their clients down to me.”

He said some potential clients he approached have balked at his age. But if they gave him a chance, he came up with detailed proposals aimed at winning their business.

“I did change some minds,” he said. “I didn’t convince some.”

Bell grew up immersed in technology and was a regular user of blogs, Reddit, Twitter, and YouTube, among others. He taught himself how to interpret and maximize the analytics of different platforms.

“I’ve learned a lot of strategies along the way, algorithms of the social media networks and I still am today,” he said. “They are always changing, unfortunately, and I have to stay on top of that.”

Bell said many services are offered at discounted prices because he wants to help small business owners with limited funds while also gaining valuable experience.

“I did a lot of websites for $250. I know my competitors can make thousands off of the websites, and so could I, but I wanted to make a difference. I wanted to help as much as I could, being affordable,” he said. “It did cost me financially but building my portfolio, starting out, I think it was worth it.”

“His profile said he was a teenage entrepreneur and I was like ‘that’s interesting’ and so I messaged him,” he recalled. “I said, ‘(I am) very fascinated, I’d like to buy you a cup of coffee and hear your story.”

Gilstrap said he was so impressed he hired Bell to audit his social media presence and recommend ways to improve his reach.

“He came back and he had a proposal and a fee for what he was going to do and it was just incredible, great work,” he said. “It was probably less expensive that what I would’ve paid if I would have contacted a major company but it was fair and it really did help my presence.”

He said since Bell’s work during the summer, the teenager has checked in periodically.

“If you’re just interacting with him, you would never guess that he’s in high school — as far as the professionalism, as far as the respect — and the process he goes through, his expertise.”

Bell, who operates his entire business off a laptop he carries constantly, has grown busy enough to hire a part-time sales manager and an assistant, who lives in the Philippines. He posted the assistant job online and made the hire after fielding 50 applications.

He learned early that he was good with math and that helped him set balanced budgets and make quarterly and yearly projections for spending and revenue.

In early November, Bell was invited to present at a Minorities In Business meeting. He is also available for in-person and online seminars.

“He did an incredible job,” said Lawrence “L.A.” Anderson, an MIB board member.

Anderson, coordinator of equity and diversity for the Springfield district, said Bell was engaged with the audience.

“I was really impressed with his presentation and style,” he said. “The audience was really keyed in.”

‘Strive to be an entrepreneur’

Bell mostly grew up in Springfield but part of his childhood was spent near Chicago. He toggled between the two cities during elementary school.

He attended Delaware Elementary and Wilson’s Creek Intermediate. But it was at Jarrett Middle School where he started to blossom.

Bell was president of the student body and active in student council, drama, speech and debate, and orchestra.

But, at the time, his hardworking family was struggling to make ends meet. They did not have a car. He relied on taxis, City Utilities buses, and the parents of friends to get him to and from school events.

That changed in 2017 when a teacher found his family a car.

“Once we did get the car, it felt like a lot of weight was lifted off our shoulders,” he said. “We have been growing financially ever since.”

His parents have since upgraded to a newer car. His mother is also looking at starting a business on the side.

Bell started his business in April 2020, in the early months of the pandemic, and spent a year getting it off the ground while he attended high school virtually.

In August, he returned to in-person learning at Parkview for his senior year.

He plays cello in advanced orchestra and piano in jazz band. He has also attended the organizational meetings for the Student African American Brotherhood, or SAAB, a new leadership program offered at all five high schools.

Bell admits he can be hyper-focused on clients and growing his business. He is trying to build in more time for fun.

“I’ve learned from my girlfriend and my mom that it’s not great to work all the time,” Bell said. “You do need to take a break once in a while.”

One way he blows off steam, and tries to grow intellectually, is by listening to people who have a different point of view.

Bell has a deep interest in politics and, pre-pandemic, it was common for him to interact with a person who had different views on social media and then invite them to meet up for coffee.

His goal of “swapping perspectives” was to find common ground. Along the way, he has changed some of his beliefs and solidified others.

“I honestly love having conversations with people who have a different background than me, a different political affiliation,” he said. “I just love listening to people and where they are coming from.”

He plans to graduate in May and attend Ozarks Technical Community College to start on a degree in business and management. He is also interested in law school.

“I still will strive to be an entrepreneur as well,” he said. “I do have a couple businesses I am planning to launch next year.”

The “Future of the Ozarks” series, spotlighting extraordinary students in the Ozarks, will publish on Mondays.

The series features students with an incredible talent, accomplishment, or passion for helping others. To nominate an individual, email Claudette Riley, education reporter, with details and contact information at [email protected] 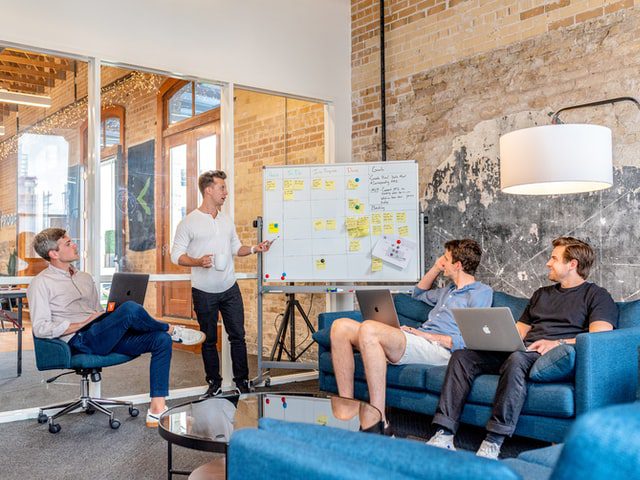 Advantages of Having a Digital Marketing Agency