Nearly a month after the U.S. Supreme Court designed to keep struggling tenants in their homes as COVID-19 surges anew, assistance is slowly going out to millions of people behind on their rent.

More than $2.3 billion in federal emergency rental assistance went out in August to some 420,000 households, the most of any month to date since the money was made available, according to the Treasury Department.

Despite the uptick in disbursements, however, millions are still living in fear of being evicted in the near future. To date, $7.7 billion in payments have been made to help those in need, out of the $46 billion that was approved last December and March.

And while state and local programs continue to struggle to get money out the door, — who have been vilified even as many have gone for over a year without payment — have had enough.

In New York, a landlord advocacy group is aiming to block the state’s ongoing freeze on evictions for tenants facing financial hardships due to the pandemic. The Rent Stabilization Association (RSA) filed a motion this month with the Second Circuit Court of Appeals, challenging the recently extended moratorium implemented by new Governor Kathy Hochul.

The president of the group, Joseph Strasburg, said the Empire State’s moratorium, which runs through mid-January 2022, “does absolutely nothing” to improve on previous measure.

This eviction protection measure was put in place at the beginning of the COVID-19 crisis to prevent tenants from losing their home. Yet state legislators have reworked the measure in the wake of the Supreme Court’s invalidation of the federal moratorium.

Under N.Y. ‘s old policy, tenants who were facing eviction cases could submit a filing to their landlords that attested financial hardship from income loss or say moving would harm their health. That allowed them, in most cases, to avoid a housing court.

However, once the Supreme Court ruled this measure to be unconstitutional, New York state legislators went back to the drawing board, and crafted a new eviction ban.

More than 8 million households are behind on rent, according to the latest Census Bureau data from the first half of September. However, some property owners have challenged the idea that all tenants who haven’t paid rent could not do so, because some were working and either refused to pay, or simply never sought rental assistance.

That notion is supported by data, which showed that renters’ credit scores actually jumped by 16 points during the pandemic, compared to 10 points for homeowners with mortgages. Credit scores increased even more for renters with children (25 points) and those earning less than $40,000 (18 points).

The Hochul administration promised several benefits to both landlords and tenants in the new bill, which extends rent assistance through January 15 of next year. Landlords have been given more rights: They can challenge hardship claims, and — if they’re deemed false — property owners can evict

Yet some property owners are far from impressed.

“That’s a sham because the courts are closed. I’m being targeted by the city because I have a massive debt,” Lincoln Eccles, who owns a 14-unit building in Crown Heights, Brooklyn, said in an interview.

The RSA’s new court filings argue that New York’s new ban is essentially the continuation of the previous one — and equally as unconstitutional.

“It imposes an obligation on the part of the owner to certify under oath in an affidavit under criminal penalties that in fact, the tenant is lying,” the RSA’s Strasburg told Yahoo Finance Live this week.

“It puts the burden solely on the shoulders of the owners and it’s really a red herring,” he added.

Changes have been made to the former eviction ordinance, but landlords remain skeptical with federal relief dollars still waiting to be distributed.

“I have some tenants that have [applied for assistance] and some tenants, it looks like they have put in something so that they can get an eviction protection, but they haven’t filed in the documentation,” Eccles said.

Still, the burden of proof now lies with landlords, who have to show evidence showing that their tenants are falsely claiming benefits.

“So saying we could challenge that when we don’t have a court to go to doesn’t make any sense and you starve us from funds,” said Eccles. “I’m barely scraping by.”

According to a June report, New York ranked dead last in its distribution of federal rental assistance money from December 2020. Less than 1% had been allocated to landlords.

Roughly are behind on rent, and each of those owes a rough average of $3,300. That’s a total estimated rent debt of nearly $2.0 billion in New York.

Another concern is already sky-high rent prices, especially in major cities like the Big Apple and San Francisco. Billionaire bond fund manager that once moratoriums are fully lifted, there will be “all kinds of consequences” that will include rents going “way up.”

New York officials have highlighted the $2.1 billion Emergency Rental Assistance Program, a pot of both federal and state money aimed at giving aid to struggling tenants and landlords.

But the state has struggled to give out aid, they have been deluged with applications and could not meet the demand.

“They put these requirements on it, which are nice in terms of trying to make sure that the exact right person is pinpointed to get the funds, but it creates so many problems in getting the funds that money ends up not getting out to people,” Ian Wilder, executive director of Long Island Housing Services, told Yahoo Finance in an interview.

While Emergency Rental Assistance Program money has been slow to trickle down to those who need it, the state says rent relief is on the way for those who qualify. But struggling landlords and tenants remain stuck in the middle.

“I have to try to figure out what does E.R.A.P really need because it’s not really clear,” said Eccles.

“The website is horrible. It might as well be a DMV website because I’ve never had success with DMV’s,” he added. “It’s the same type of mentality.” 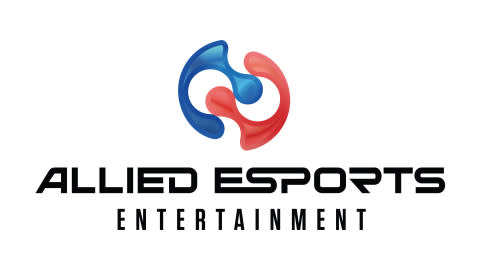